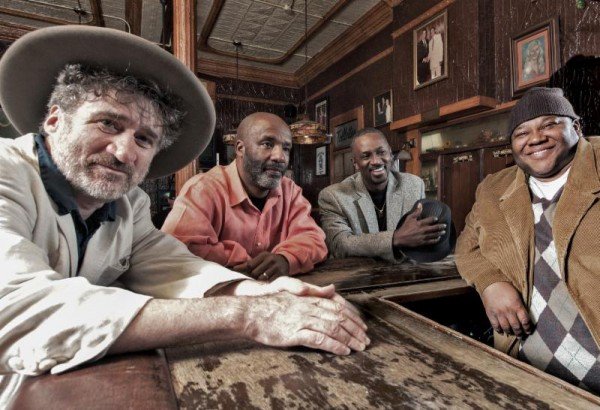 Jon Cleary is the guest of honor at Telluride Jazz Festival Aug. 5–7

If you like the signature funk-jazz-R&B sound of New Orleans, then you will love musician Jon Cleary. An accomplished keyboard and guitar player with a soulful singing voice, Cleary is a staple in the Crescent City music scene and the featured guest at this year’s Telluride Jazz Celebration.

Cleary has taken on the tradition of an R&B pianist and singer /songwriter, but he does more than keep the classics of that style of music alive. He has re-imagined this genre with original music, too. “I love New Orleans R&B,” says Cleary. “I’m a student of it—and a fan, first and foremost. On my live solo shows, especially in New Orleans, I make a point of … playing the old songs that are in danger of being forgotten. As for recording, however, I think the greatest New Orleans R&B records are the ones that built on what went before but also added something new. By writing new songs you get to channel all the music you absorb through your own individual set of filters—and the fun is in seeing what emerges.”

What emerged for Cleary in 2016 was a Grammy for Best Regional Roots Music for the album “Go Go Juice,” recorded with his current band the Absolute Monster Gentlemen. Cleary has shared the stage with Bonnie Raitt, Taj Mahal, B.B. King, Ryan Adams, and also notably as a duo with renowned guitarist John Scofield.

Cleary performs Friday, Aug. 5 at the Sheridan Opera House “Jazz After Dark,” on the main stage at the Jazz Celebration on Saturday, Aug. 6, and Sunday’s New Orleans Day. He will perform with the Absolute Monster Gentlemen, guitarist Derwin “Big D” Perkins, bassist Cornell C. Williams, and the drummer known as Jellybean, as well as with John Scofield.