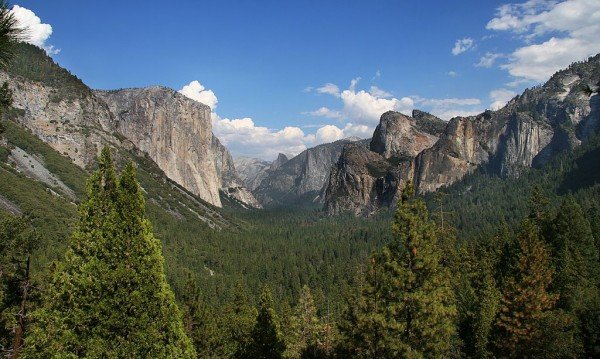 Ken Burns appears in person to screen an episode from his series on National Parks.

Imagine spending years researching and creating a film, pouring your life into a piece of work, and then the anxious feeling when you present it publicly. Some people might be nervous, but those are the moments that legendary documentary filmmaker Ken Burns relishes. “I love screening in a dark room room with strangers,” says Burns. “I like to look at it again, and look at it as a filmmaker.”

Burns will get to experience that feeling again on August 28, when he screens an an episode from his The National Parks: America’s Best Idea series in honor of the centenary celebration of the park system, founded 100 years ago this month. He will also speak at the event, which is an annual fundraiser for the Telluride Historical Museum. The screening will be held at the Palm Theatre.

Burns is one of the most revered documentary filmmakers in the industry, and his canon includes treasures such as The Civil War, Baseball, Jazz, The War, Prohibition, The Roosevelts, The Dust Bowl, and The National Parks. He has a gift for re-animating history, for preserving the stories that might otherwise be forgotten over time. But with this particular work, he also had a mission to remind people about the value of these public lands. “It’s a cautionary tale,” says Burns. “We own some of the most precious land in the world. It’s an amazing inheritance, and it requires constant vigilance to guard against those folks who look at a river and see a dam, who look at a beautiful forest and see board feet.”

Burns may be an activist when it comes to protecting the legacy of public lands, but he is first and foremost an historian. He says the impetus for the series was to ask the fundamental question of how these lands came to be saved, to learn about the people behind them. It is also his love of history and archives that connects him to the Telluride Historical Museum, he says. He is a member of the Telluride Film Festival board of directors and has come to town for the past 27 years to either screen his own films or enjoy those made by others, and it was on these visits that he became familiar with the museum here. “I come every year—I’ve never not come—and I like to spend a week hiking, seeing films, grabbing a Diggity Dogg between screenings,” he says. “I’ve always been interested in a place’s historic museum, or library, or archive.”