The forecast team at the Colorado Avalanche Information Center on Friday capped a week of warnings detailing an increasingly touchy snowpack with three dire social media blasts pointing to spiking avalanche danger across the state.

The story of a buried skier rescued by his friend on Berthoud Pass included an urgent plea to ski with a partner. A photo of an east-facing slope scoured by an avalanche on Independence Pass warned that even a modest amount of snow was pushing the snowpack “past the tipping point.” A graph of more than 400 natural and human-triggered avalanches from the previous seven days showed small slides on a wide variety of terrain.

Two days after the trumpeted warnings, three very experienced backcountry skierswere dead in two avalanches. One was skiing alone and two were skiing a high-consequence line. Sunday afternoon Greene sent out an uncommon plea, detailing “unusually dangerous” avalanche conditions and pleading with all backcountry travelers to use “additional caution,” even in terrain where they have safely skied in recent years.

“We are trying to do more and I think we just need to continue to do that,” Greene said of the unprecedented public push to turn as many eyes as possible toward avalanche forecasts and reports. “We don’t know what the absolute right thing to do is, but what we want to do is make sure we are putting good information out there and hopefully people are interacting with it on a couple of occasions in a couple of different ways.”

Heading into this backcountry ski season, state officials have joined avalanche educators and search-and-rescue teams in a vocal campaign urging backcountry skiers to plan and be prepared for travel in avalanche terrain. Backcountry retail shops and avalanche gear manufacturers are reporting record sales. Avalanche education classes and clinics are swelling to record numbers. Resorts restricting access to control the spread of COVID-19 are expected to drive more skiers into avalanche terrain.

Early projections of a grim backcountry season were supported this weekend. The Crested Butte community lost a local legend when former ski patroller Jeff “Schnoid” Schneider was buried in an avalanche in a zone where he skied often. The next day, two very experienced outdoorsmen from Durango were swept to their deaths in a prominent avalanche path above U.S. 550 on Red Mountain Pass near Silverton. On Friday, a snowmobiler was killed in an avalanche in Wyoming’s Salt River Range near Afton.

That’s a very busy weekend for avalanche activity. It might not be as dramatic as the week in March 2019 when historic avalanches changed landscapes, but that was the most avalanches CAIC has recorded in a single week since 2011.

Last week’s spike in human-caused avalanches surpassed previous records set in January 2015, January 2012 and December 2013. The slides weren’t giants, but they were very easy to trigger, said Greene, noting how an inch of new snow combined with high winds in the Seven Sisters avalanche paths led to a natural slide that covered U.S. 6 on Loveland Pass last week.

“We are seeing avalanches that are not huge, earth-shattering events but they are dangerous and really easy to trigger,” Greene said.

The concern heading into this winter has swirled around first-timers. But the first three fatalities of the season involved seasoned backcountry skiers in lines where previous avalanches have claimed lives. Dr. Jeff Paffendorf, a 51-year-old Durango physician, and 55-year-old Albert Perry were found late Saturday in avalanche debris at the base of a zone called Battleship near Silverton, a northwest facing slide path that ranks among the largest on Red Mountain Pass. The two men were well-known backcountry skiers. 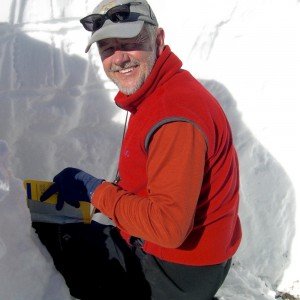 Jerry Roberts has enjoyed a career in the weather and avalanche forecasting business for thirty-five years. He has forecasted for the Colorado Avalanche Information Center, Colorado Department of Transportation for southwest Colorado highways, as well as the Chilean mining industry. He has consulted and forecasted for various snow industry concerns such as ski areas, ski guides, helicopter and snowcat operations.
Jerry has provided site specific weather forecasts for motion picture and commercial projects since 1982. His latest outing was with Quentin Tarantino’s motion picture,The Hateful 8, filmed in Telluride, Colorado. Jerry is skilled at communicating complex meteorology phenomenon for a myriad of clients including film production crews. This story first appeared in his blog, The Rōbert Report.