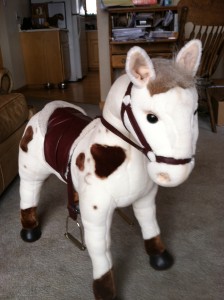 Much has been made of the Telluride Free Box. A place where people leave their used treasures for others to pick up, it has a reputation for karmic magic. “The Free Box Provides” is the mantra, and it seems like whatever you need, you find. Ski boots, kids’ car seats, a hoodie for a cold night out, the perfect book; even my dog, my ultimate companion and best friend, was a Free Box score. The Telluride Free Box has a national reputation and was paid tribute by author Antonya Nelson in Smithsonian Magazine.
Today’s world is a little different than the one which gave rise to the Free Box in the 70s. People shop online instead of sifting through racks at the store, they chat on Facebook instead of congregating at a coffee shop. And instead of rifling through the cubbies at the free box, I tend to look online at its virtual counterpart, Telluride Sweet Deals, for cool used stuff. But have we lost some of that magic? Telluride Sweet Deals removes the anonymity, it (sometimes) adds a price tag, and it necessitates a face-to-face meeting between buyer and seller or giver and taker. Would it still have that incredible, intuitive kismet?
I wasn’t taking any chances. I sacrificed four huge bags of hand-me-down clothes, tiny pink Alpina toddler ski boots, and a nice backpack for carrying infants to the Free Box deity. And crossed my fingers. My daughter turns 5 next week, and she asked for a pony. “Not a real pony,” she assured me. “A stuffed one I can ride on.” Would I have to drive to Montrose and brave the Black Friday crowds at WalMart to buy some cheap toy fashioned by child slaves in a factory in some foreign country?
Nay. Neeeeigh. A $10 pony appeared on Telluride Sweet Deals that very day. The perfect pony, in pristine condition, once loved by another child, but ready for new pastures. She doesn’t have a name yet, but she will next week. She will mean a lot to her new friend, and she means a lot to me. She has restored my faith in the incredible serendipity of life in a small town, things like the Free Box and Telluride Sweet Deals, and the beautiful karmic wheel of giving and needing.