Researching ayahuasca in the Amazon

Ed. Note: The following story first appeared in the 2019-20 issue of Telluride Magazine.

SAN MARTIN, Peruvian Amazon, August 2016—As the familiar urges began, I fumbled for my headlamp and stepped quietly out of the room, leaving the garbled chants of the shaman behind. Outside, a full moon cast shadows about of plantain leaves and palms, painting the star-speckled landscape as an idyll of its daytime self. Searching for the outhouse, I found a collared peccary—a wire-haired, brutish, pig-like beast—curled around the base of the toilet, asleep. He’d come in from the forest some years ago, probably orphaned, and made himself at home among the sundry denizens of the farm. “Es abusivo,” they’d warned me; “he’s mean.” The glands on his back had left brown smudges around the rim of the commode where he’d used the seat for a backscratcher. I nudged him out of the way with my toe and proceeded to do what I’d come there for.

As I resettled myself cross-legged on the floor in front of the shaman, faint glimmers of another landscape appeared before my closed eyes—a breathing and bejeweled forest, or perhaps the pillars and vaulted ceiling of a Byzantine mosque—before fading to the insistent presence of my consciousness. The damp cold of the cement floor chilled my leg bones, and I drew a scarf around my head. I checked my recording device to make sure it was still running. Then suddenly it was time to go outside again. I bent over the bushes at the base of the palm just outside the door and emptied my stomach, then again, and again. As I stood up, spitting and wiping my face, I became aware of the sound of water falling behind me. I turned to find the shaman standing on the doorstep, pants open, urinating on the ground in front of him. It was splashing onto my ankles and legs.

“Has vomitado?” he asked me, laughing, oblivious in his intoxication. I stepped back, disgusted. “Don A., you’re peeing on my feet!” In my own disorientation, I’d castigated him in English. He turned, laughing, pants still unzipped, and went back inside to resume the ceremony. After a moment, I followed him, shaking my head.

Such is a day in the life of an ayahuasca researcher.

Of all the substances enjoying the limelight of what has come to be known as the “psychedelic renaissance,” none has captured the world’s imagination quite like ayahuasca. Its colorful ritual embellishments, its unique musical genre, its reputed therapeutic qualities, and, of course, its visionary effects, combine to fire the imaginations of everyone from credulous New-Age seekers to world-weary skeptics.

The bitter brew originated in the Amazon, where it has long been used for both shamanic and religious purposes, but in the past few decades, its use has spread around the world, fueled by the rise of a pair of Brazilian religious movements that use ayahuasca as a sacrament, as well as by the growing interest in alternative medicine. Ayahuasca’s use has been spreading in the Amazon as well, where the version of ayahuasca now considered standard—the combination of the vine Banisteriopsis caapi (ayahuasca) with the leaf Psychotria viridis (chacruna)—has in some cases replaced other shamanic substances that were either less effective (other ayahuasca combinations) or more dangerous (for example, toé, a potentially fatal plant related to Datura). A booming tourist industry has sprung up in the Amazon, concentrated in the old Rubber-Boom city of Iquitos, Peru, where retreat centers cater to European and American tourists in search of psychological or physical healing, or plain old psychedelic adventure. Conversely, mestizo and indigenous practitioners—shamans, curanderos, medicos, their titles vary—travel the globe, leading ceremonies, usually quite expensive ones, for often very large groups of people.

So why are people flocking to the Amazon, or spending hundreds of dollars a night per ceremony stateside? Why are so many young graduate students swelling the ranks of ayahuasca researchers, when both unpleasantries and dangers abound?

There is abundant ethnographic and anecdotal evidence that ayahuasca is useful for a variety of ailments, both biological and psychological. Among the indigenous communities where I work, it has long been used for treating alcoholism, depression, and anemia, as well as various culturally specific syndromes such as susto (fright) and other vague psycho-spiritual ailments (its use to treat anemia is likely secondary to its powerful anti-parasitic effects—both anemia and parasitic infections are endemic throughout lowland South America). Ayahuasca is also the lynchpin in a system of medicine that makes use of numerous plants, as well as dietary and behavioral restrictions, to treat a wide range of illnesses and social maladies, as well as to “prepare the body” for shamanic work and for quasi-shamanic activities such as hunting.

From a Western point of view, ayahuasca, wrapped in the flowery jargon of New-Age spirituality and pseudo-indigenous culture, is often touted as a panacea for ailments physical, emotional, and spiritual. The reality is that, despite growing interest and ongoing research, clinical evidence for ayahuasca’s efficacy is still lacking. There is limited reliable evidence for its successful use in treating addiction, anxiety, and depression. However, unlike clinical research into less complicated substances such as psilocybin and cannabis, clinical research with ayahuasca is still in the exploratory stages. At the same time, anecdotal evidence abounds of the dangers of ayahuasca—bad trips, long-lasting depression and dissociation, newly triggered psychoses. Although few case studies to this effect are found in the scientific literature, experts nevertheless warn that latent psychoses can be triggered by the use of ayahuasca and other psychedelics, and that practitioners should screen their participants for a personal or family history of mental illness.

Therein lies the rub: Given its reputation as a treatment for depression, anxiety, and post-traumatic stress disorder, many if not most of the people seeking an experience with ayahuasca, whether stateside or in the Amazon, appear to be doing so for purposes of psychological and emotional therapy. Many are aware of studies that have proven, or claimed to prove, the safety and efficacy of ayahuasca. However, these studies have all been performed in very controlled settings, usually in the context of one of the well-established religious groups whose members are long-term users. These studies fail to take into account those people who dropped out of the church, or who came once, had a terrifying experience, and never came back. Such studies show that ayahuasca CAN be used safely, or that it CAN be associated with certain behaviors and personality traits, in the context of a supportive setting. Contrary to popular belief, they do not prove that ayahuasca is always safe, or that it is always, or even usually, efficacious for a given problem.

The controlled settings that are the hallmark of good medical and psychological research, whether observational studies of an established religious group or clinical studies of patients in a hospital setting, are a far cry from the Wild-West reality of the Amazon, and even from the unregulated free-for-all that constitutes neo-shamanic use in the global north. Yet, in the public mind, scientific findings should translate from one setting to the next. They don’t. “Set” and “setting”—the individual’s mindset and the social and physical environment of the experience—have long been recognized as integral components of a good psychedelic experience—or a bad one. When your shaman is peeing on your feet, groaning out barely intelligible melodies, and begging you the next morning to have sex with him, chances are you may not have a very good time. Even worse, in the wrong situation, the powerful effects of the medicine can backfire.

In the case of the Amazon, historical context should also be taken into account, as an aspect of “setting”: It’s likely that few ayahuasca pilgrims today are aware of the reign, as late as the 1990s, of Maoist revolutionaries in Peru, who terrorized the very people and regions that today produce much of our chocolate, coffee, and ayahuasca. Even less are they aware of the slightly older history of the Rubber Boom and its atrocities, nor of the genocidal encounter between indigenous people and missionaries. And yet it is from these social settings and cultural encounters that much of modern ayahuasca culture emanated.

In the search for physical, spiritual, and emotional healing, ayahuasca and its rituals have a place. Given the right set and setting, including a carefully constructed ritual space and a skilled and trained practitioner or facilitator, an ayahuasca ceremony can indeed be a transcendent experience. However, seekers, patients, and other would-be participants should carefully weigh their options, do their homework, and proceed slowly down the path, eyes open and ready for self-defense, whether on the spiritual or material plane. After all, it really is a jungle out there.

For a good overview of the scientific research into ayahuasca, its legality, and other important information, see the 2017 Technical Report prepared by ICEERS, the Institute for Ethnobotanical Education, Research, and Service. The report can be downloaded at https://www.iceers.org/new-edition-of-the-ayahuasca-technical-report/. 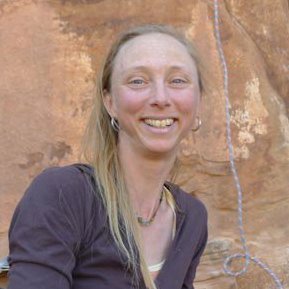 Christina Callicott has a PhD in cultural anthropology and is an ethnobotanist who works with indigenous and mestizo healers in the Peruvian Amazon. Her dissertation was on the interaction between plants and music in the shamanic practices of the Lamista Kechwa, a group known for their role in the development and dissemination of that form of ayahuasca shamanism that is practiced on the global stage today. She also teaches skiing in Telluride, runs rivers, and takes lots of pictures of wildflowers. She blames Wade Davis and his wife Gayle for talking her into going to grad school.