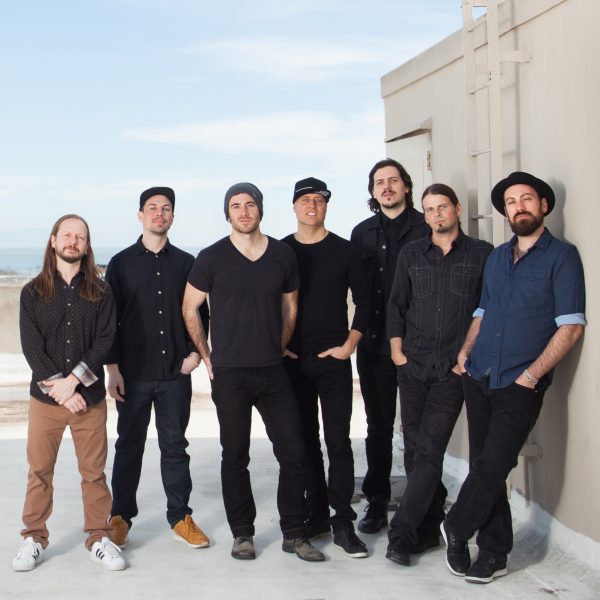 And then there was the 2005 KOTO Halloween Party, featuring the one and only Motet. Consensus at the time was that it was the best party any of us had ever been to—and we all know that’s saying a lot for Telluride. Stuart let us hold it at his old gallery space on Main Street. Seems like the band started super late that night. A shipment of Durban had just hit town, and by the time the music started, things had been loose and weird for a long time. It was during the construction of the (at the time) much maligned roundabout. Dave Valentine and his crew dressed up as DOT workers, replete with traffic barriers, cones and flashlights, and proceeded to channel, control, cajole, and generally disrupt the flow of people trying to get into and around the venue. It was a cold night out and some of us were none too pleased. Inside, MD had dressed up as a landscaper, I guess, and was hauling around a 2-stroke leaf blower until someone tipped him off that if he didn’t shut it off, he’d asphyxiate everyone in the place. It’s not like there was a shortage of smoke, after all. My brother was wearing a fish onesie, way back before onesies were cool (leave it to him to set the trends). He was a little hobbled and couldn’t walk fast or far, so he spent the night wriggling his fish tail at all the girls and proving that, indeed, little fishes know how to get down, too. I have no idea what or who I went as that night (probably Janis Joplin, as usual) but I do know it was the first time I’d ever worn a feather boa, and I was delighted to discover that they are quite warm. Fashion AND function.

As is The Motet tradition, the band had worked long and hard to prepare for us their own version of a Halloween costume: A mixtape of Michael Jackson cover songs, including, of course, “Thriller.” By the time the music started, the air was thick and as hazy as my memory, and the people were primed for music. And what music it was! Do I remember a “Monster Mash” thrown in there somewhere? Was someone spinning disco tunes during the set break, or was that live? Could there possibly be a better Halloween soundtrack? Is there a better band who could have played it than our very own Dave Watts and crew, for our very own KOTO? Is there a better crowd than 500 of your best friends, in costume, as stoned as you have possibly ever seen them? Is it really possible that there is no recording?!

After the show, the aforementioned sibling reported back to me that he’d complimented the band on an excellent performance (said sibling knows his music). The band’s response: “Really? We didn’t think people liked it. No one even clapped!” Ahh! How could they not have known the bliss? The joy? Did they not see it on our faces? In the wiggling fish tails? In the DOT warning lights flashing off the disco ball? Did they not realize that, by the time the music ended (very very late, after very much smoke), the only thing keeping us vertical was the vibrational force of the music itself? They must not have realized. So I’m telling them now: Dave Watts and the Motet, YOU GUYS ROCK!!

In fact, as soon as I typed those words, I got a text message from the Motet’s founder and drummer, Dave Watts, that he was ready for our interview, so I called him and told him. He laughed. “I remember that night.” (Professional musicians never say that.) “That was quite a bizarre scene. I remember this giant, like, Dick Cheney doll walking around holding a George Bush puppet. I remember a lot of, just, chaos. General chaos. But it was fun.”

The Motet has been back every year since. “We love coming back to Telluride,” said Watts, a local’s favorite since his days as the root chakra of the Colorado band Shockra. “Every year it’s just a complete throwdown, just a total blast.” This year’s special treat will be the band’s brand new trumpeter, Parris Fleming. Also, the band is in the process of recording a new album, to be released next fall, though a couple of tracks are already available on Spotify and other streaming services. One of the tracks, “Supernova,” is an instant neo-disco hit, and you can watch a video of the “Live at Red Rocks” version right here.

The Motet started out as the Dave Watts Motet, a musical collective with drummer Dave Watts at its core. Even now as a solid, working band, their relative flexibility with band membership and artistic interests, not to mention a commitment to quality, creativity, and authenticity, have kept the band’s music exciting and relevant over the years. “We’re not trying to sell out or get a record deal or make pop music,” says Watts; “we’re trying to be creative and affect people and touch people on an emotional level as much as possible.” The Motet draws on styles including funk, Afro-beat, jazz, soul, and increasingly, it would seem from the new singles, disco. Yes, disco’s back, baby, and it’s about time! Get your dancing shoes on, and we’ll see you Saturday night!

The Motet at Telluride’s Club Red

For all ticketing and show information, please visit www.clubredtelluride.com