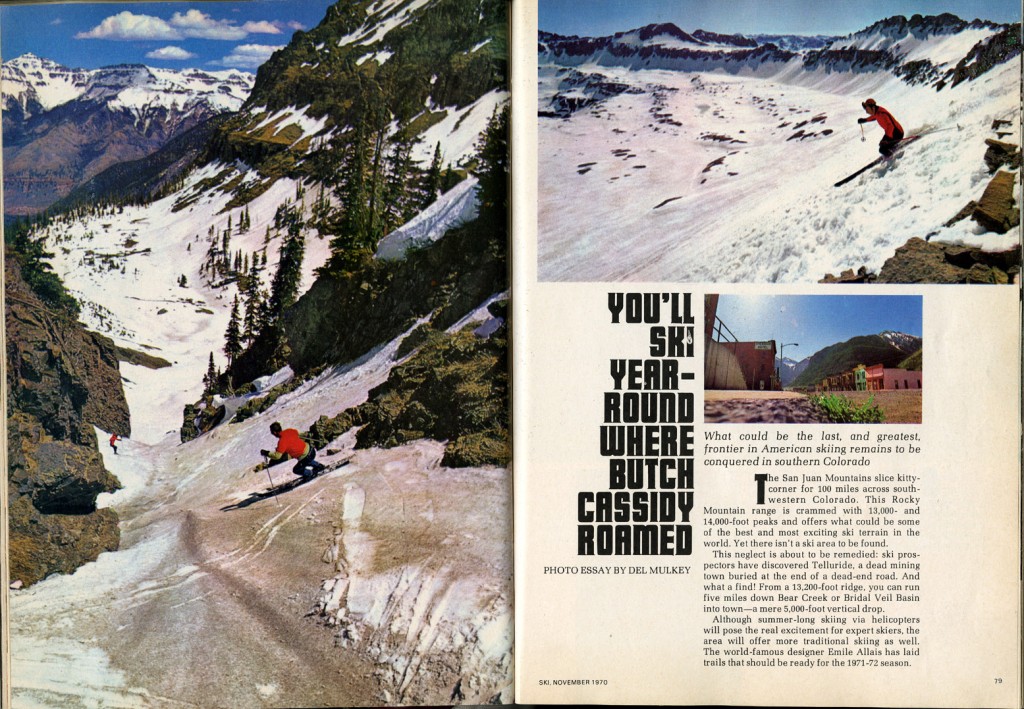 Backcountry access into Bear Creek from the ski area is about as on-again, off-again as a celebrity romance. Over the years, skiing into Bear Creek from the resort has been illegal one year and open the next, and fraught with avalanche accidents and trespass disputes. Just this week, the Forest Service announced that there will be a new backcountry access point into Bear Creek opening at the top of Palmyra Peak. The old backcountry gates were closed in December after legal threats by landowner Tom Chapman et al.
So, with just a few weeks left in the season, you can catch a lift up into Prospect Basin and then hike up to Palmyra (13,320 feet in elevation) and drop in. Of course, the lifts don’t open until 10 a.m. and by the time you get to Prospect and make the slog up to Palmyra, it could potentially be late enough and warm enough to make for a dangerous tour, so pick your day and your line carefully and stay safe.
Above and below are pages from the November 1970 story in SKI magazine about Bear Creek and Telluride. Thanks to longtime local Dirk DePagter for sending us the story and reminding us that the more things change, the more they stay the same. 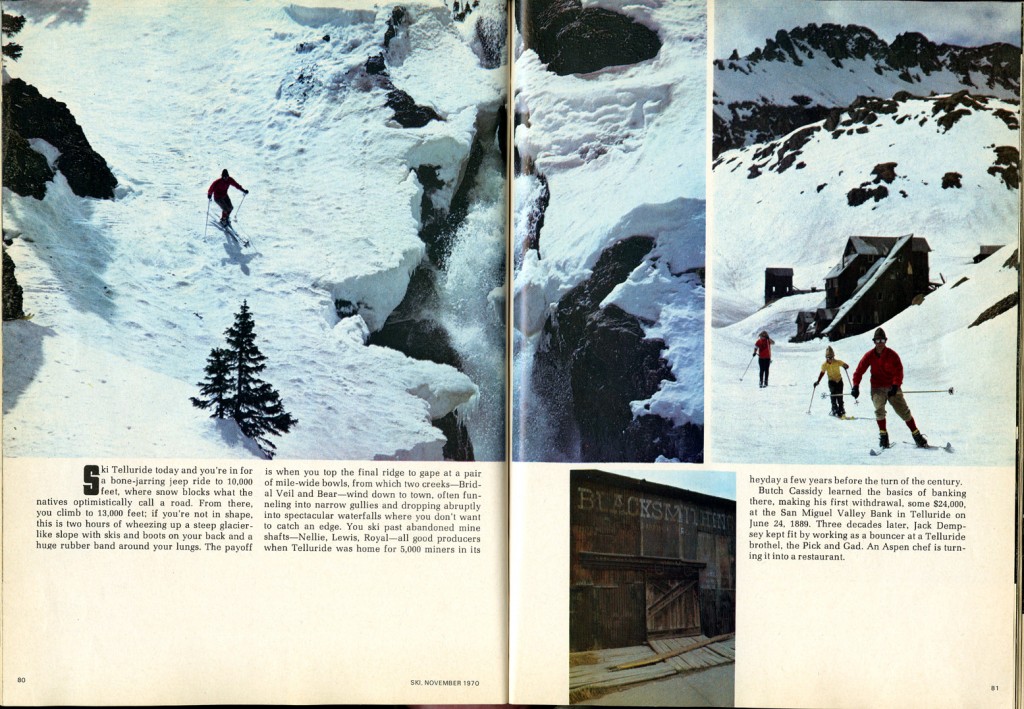 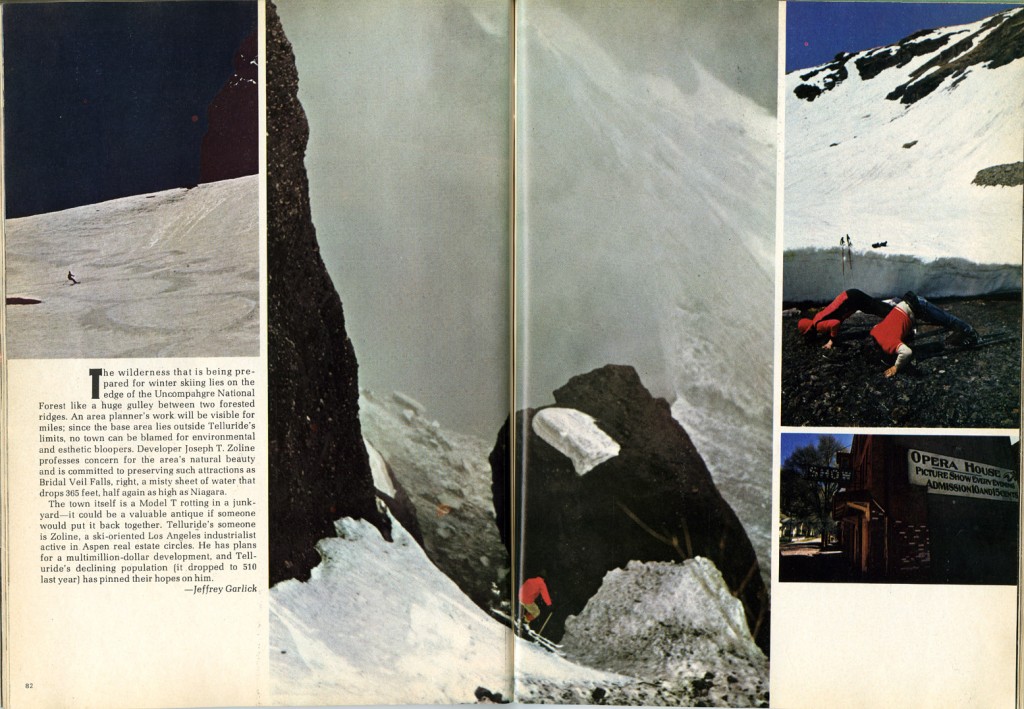