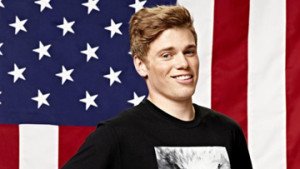 There will probably be a lot of televisions turned on tonight in Telluride, as locals root for Gus Kenworthy, the homegrown freeskier who is our first winter Olympian.
Gus is competing in the ski skopestyle event, as a member of the inaugural U.S. Freeskiing team at the event’s Olympic debut. A lot of history is being made tonight.
Below is a video primer on what to watch for—the airs and rails and tricks that are, for many of us, hard to discern. And undoubtedly even harder to pull off, despite the fact that pros like Gus make it look easy.
Because of the time difference in Sochi, Russia, the Feb. 13 event will take place in the wee hours of Feb. 12 for us here at home. The slopestyle qualifier takes place at 10 a.m. Feb. 13 in Sochi, but will stream live here in Telluride at 11 p.m. tonight. The finals are a few hours later, and if you’re up until after 2 a.m. tonight, you can stream those, too. If you are a cable or satellite subscriber, and you have your info to log in, you can watch them on your computer. If you don’t, Gus’s dad Peter Kenworthy shared a cool link from Forbes about how to change your computer’s ISP to a Canadian or UK address, where streaming is free. (No, it’s not legal, and yes, you need to pay a small fee for the ISP change—but it’s an option for the TV-challenged.)
You can also catch the finals on prime time NBC at 7 p.m. on Thursday, Feb. 13, and if Gus is in the finals, plans are afoot to screen them live at the Palm Theatre in Telluride.