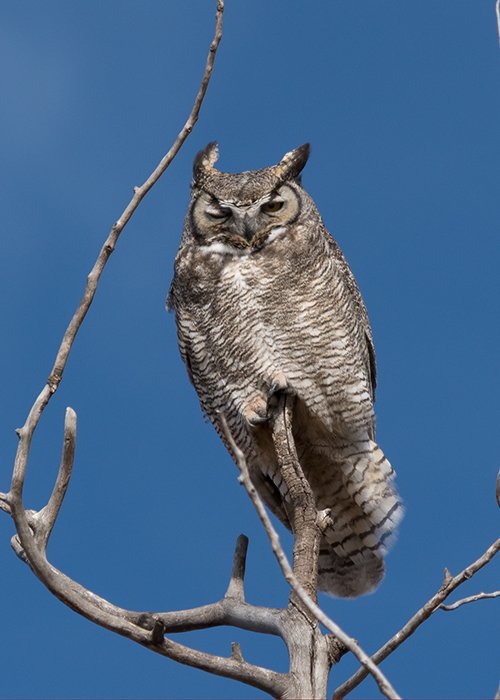 Trekking home alone to the tipi in a blizzard

In the early 90s, I used to head for Telluride to get out of the lonely ice palace of Ouray in the winter. A place to dance with music and beer and other human beings was like a slap across the face, just what I needed come the 10th or 20th of January, or the creaking doldrums of February. My favorite part was not the dancing and ski girls in glitter and boys trying to look like gods, but coming home on the lonely, icy curves of Dallas Divide leading me into Ridgway asleep and Ouray drifting in hibernation. I lived on Main Street across from the Silver Nugget. I remember coming back to street lights glowing like the last stars in the universe, bluish and alone in a wash of falling snow, my tracks the first in highway powder. I liked the way it felt, golem returning to his cave, truck parked sideways in a snowdrift on 8th Avenue to be buried by a snowplow come morning. I appreciated Telluride with its bar doors ejecting the last stumbling revelers, but Ouray in snow at 2 in the morning, not a soul in sight, was a dream.

You aren’t here to be in the middle of it all, but to be on a far-flung edge, the farthest arm of a spiral galaxy. You come to stand on the main street of any of these towns late at night, Rico to Norwood to Ouray, and hear nothing but the hush of falling snow. Or don’t stand, but lie on your back, make a snow angel in the middle of the street, an imprint you will be glad to watch fill with snow, erasing your presence. You are here to be smaller than everything else, mountains roaring around you.

Even Ouray was too busy for me. I could have done without street lights. I moved to a ponderosa grove above the ranching hamlet of Ridgway, setting up a tipi where I lived for a few years. Winters settled like the bottom of a frozen lake, so still that fish won’t move. A wood stove helped, but by morning even my toothpaste was frozen. No one came to visit. Isolation felt like a tincture. It burned a little and I could feel it sinking into me. I tracked elk and ermine. Hawk wing prints were beaten into snow where rabbits had been snatched and carried into the sky. I needed the circus-brightness of Telluride more than ever.

Full moon night in a mid-winter blizzard, I drove like a comet over the divide and deposited myself on the dance floor of the old Fly Me to the Moon Saloon. Heads, hats, bare shoulders, boot-stomping. I felt as if I were dropped into a teeming ant colony, bodies against bodies, everything moving, hard to tell one from the next. Leaping around like a muppet, I was barefoot for all I recall. The bass player in the band wore plastic sunflowers over her bare breasts. That much I remember. Even in that moment, I could feel how good the return would feel that night, the cone of headlights, the swish of skis, and muffled moonlight of a storm sending me back to my tipi. The more lively and human the night, the more rapt the homecoming.

In the press of people, shoulder on shoulder, I felt a woman’s hair brush me, and then her bite on my earlobe. She looked at me with a mischievous smile and backed into the crowd, not breaking eye contact. At first, I thought it was an accident; she’d been shoved into me. But the tingle of her teeth marks and the intensity of her stare said otherwise. We’d been looking at each other earlier. Maybe we’d said a word or two. I thought of following her, but where would that go, or what if she didn’t like tipis, and did I want another person, another voice, in the solace of the night to come? I asked too many questions and she was gone.

I went back to silence, only vehicle on the highway. Parked on Ouray Country Road 1, back when it was dirt beginning to end, or soft-packed snow as was the case that night, I settled into my tasks: gear on my back with groceries, skis clicked in, starting to swish into a world of fresh powder and moonlight steeped in whiteout. The meadow felt like a sea. Waves rose and fell. I skied through limbo, following a direction I thought I knew, distracted by the memory of her bite on my ear. Did I know her name, or anything about her? The look in her eye and fermented rank of pheromones was still with me. All distraction. Focus on aloneness. Not loneliness, but the ecstasy of no one else. I could perish out here and nobody would know for days, maybe weeks, maybe not till spring. A few would weep, my parents mostly. A few would shrug. Most wouldn’t care. Could there be anything more liberating?

The forest was laden, boughs heavy with booming pillows of snow sliding free. Must have been an inch falling every half hour, every fifteen minutes, every moment. The world was sinking and I became smaller beneath it.

Wait, I thought, where am I?

I stopped skiing and looked behind me. Tracks were filling in. A headlamp was just confusing.

The trees were wrong.

I turned back to where I thought I’d been, but those tracks were gone. I turned back again and again, but I’d lost control of my spaceship and the stars all looked the same. Ponderosa pines, usually standing like darkened and robed figures, were pillowed, each branch slumped into the one below, overburden on overburden. A moment like this, you could sink into despair, but this felt like what I was after. Being alone, absolutely. You could curl up in snow on a night like this and never wake.

That wasn’t the right thing to be thinking.

Her bite on my ear. Remember that. I thought of the steam of her and everyone else around us. I could feel their press. It wasn’t wrong that I felt alone and enjoyed it. It’s not my own company that I particularly relish, but no company at all. If I could be gone from that equation, how sweet would that be? The crowd refreshed me, but space, for the most part, is empty. There’s a different kind of love when there aren’t so many of us. Intimacy must be what I was after. It’s why I didn’t follow her across the dance floor.

In the dim bath of moon and snow, a great horned owl called from the woods. It called, live, live; find your way home. I was glad to hear its voice. I skied until the call was behind me, and turned around to bring it closer. I used it like a compass, a reference in the heart of space.

The owl, the girl, the music. Find your way home.

The owl stayed with me. The bird, majestic and puffed with feathers, didn’t move. I could depend on its location. I imagined it holed up in a hollow between branches, its call coming out of curled drifts, a secret place, a reason to live.

The tipi eventually showed up, appearing like a mothership from the vague backdrop of emptiness. I pulled an avalanche shovel from my gear and dug out the entry flap, making space to tumble inside.

Stomping off, I sealed the flap behind me, closing myself in. On canvas, snow sounded like an ocean. A match touched an oil lamp wick. Lodgepoles lit up. Newspaper caught slowly, then kindling, then split wood.

I settled into my creaky rocking chair and thought of her again, glad I’d come home alone. Kind of glad. Where was she now? Not here. Did she remember me? If I had died in the snow that night, would she have known?

If she’s reading this now, and she remembers that night in Telluride, thanks for the story. It has fallen on many ears; a chapter in a book about animals where I wrote about the owl who helped me, and venues where I got up to spin yarns, recalling my seasons in a tipi. She is how I remember those nights of return and snows that fall in veils. She is my mnemonic. Her bite on my ear, bumping into me like an accident, is a statue in my memory palace, an ivory figure polished and curved, arm outstretched, her finger pointing to drifted main streets and mountains carving up the stars. Or is her finger pointing at me?