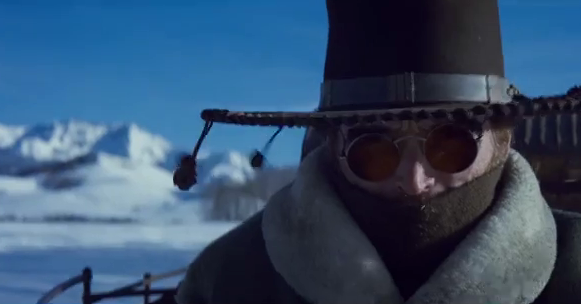 The Hateful Eight trailer has been released, which means that it won’t be long before the movie is in theaters. Quentin Tarantino and his all-star cast spent a few months in Telluride last season filming the Western, and it will be fun to see the local shots in beautiful 70mm film on the big screen. Read the story about the film in the current issue of Telluride Magazine, and check out the trailer below.

It looks like the ski burn in Elks Park paid off: