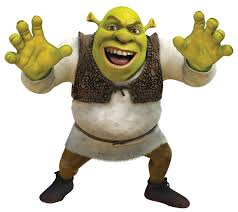 Let your Freak Flag Fly! That is the mantra of the upcoming Sheridan Arts Foundation’s Young People’s Theater’s extravaganza, “Shrek the Musical.”

Based on the hit movie, Broadway’s version of this story includes all of the characters you know and love, plus a score of irresistible toe-tapping songs.

The family-friendly musical comedy follows the adventures of an ogre named Shrek who sets off on a quest to save a princess from a dragon. However, it turns out that in order to ultimately succeed, Shrek must battle an even bigger obstacle: learning how to believe in himself and open his heart to others.  He has learned the hard way that “people hate the things they cannot understand.”

For many years. Shrek protected himself from the hurtful actions of those who were scared of him by living as a recluse in a cozy cesspit. One day, his peaceful swamp is disturbed by new tenants—fairytale misfits—including Pinocchio, the Ugly Duckling, the Wicked Witch, Peter Pan, the Three Pigs and the Big Bad Wolf. They have all been banished to exile there by the villainous Lord Farquaad. In order to gain back his land, Shrek makes a deal with Farquaad to rescue the feisty princess Fiona from a tower guarded by a fierce dragon. Setting off with his faithful companion, Donkey, Shrek begins the journey of a lifetime filled with adventure, romance and hilarity.

“I really love the message of this story for the Young People’s Theater, and particularly for our middle school students who are performing it,” says artistic director Jennifer Julia.  “One of the songs, ‘Freak Flag,’ embodies a frequent YPT theme: accept yourself and all  your weird wonderfulness. We are who we are. Embrace it!”

The show features the loveable ogre Shrek, the beautiful Princess Fiona (who maintains a monstrous secret), the wise-cracking Donkey, and a slew of familiar fairy tale characters such as Pinocchio, the Big Bad Wolf, the Ugly Duckling and more. “And of course, it wouldn’t be the YPT if we didn’t change the script and funk it up a little,” says Julia.

SAFYPT’s version of “Shrek the Musical” is based on the DreamWorks Animation Motion Picture and the book by William Steig. Again YPT artistic director Jennifer Julia adapted the play with musical direction by Ethan Hale.

Concessions open for all three shows.

Come dressed as your favorite fairy tale character and bring the whole family.