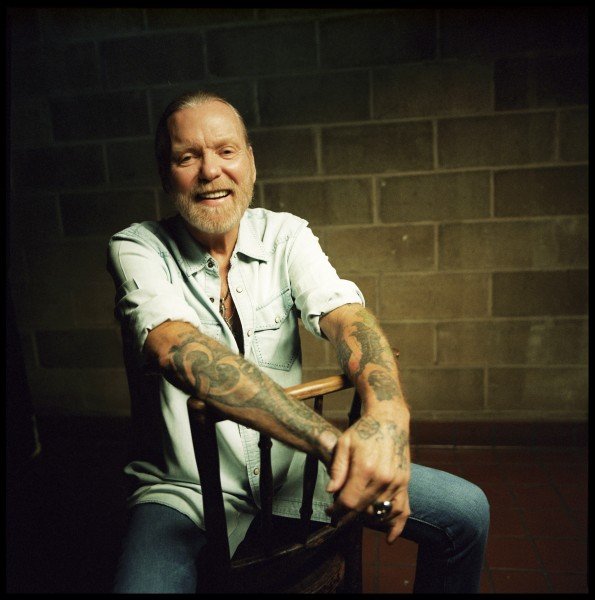 Gregg Allman is a founding member of one of the biggest and most important American bands of all time, the Allman Brothers Band. He is also a critically acclaimed solo talent. A natural artist gifted with a beautifully soulful and distinctive voice, as well as brilliant keyboard and guitar expertise. Allman is a legendary performer who, for over four decades, years and miles down the road, still loves making music as much as ever.

At the start of his enduring career, Gregg Allman and brother Duane put together a number of different groups, including their very first professional ones, The Allman Joys and The Hour Glass. Whatever the configuration, Allman’s powerful lead vocals, emerging songwriting, and keyboard prowess perfectly complemented Duane’s legendary guitar virtuosity.

In 1969, their brotherhood made history with the formation of the massively influential act that both kick-started the entire genre of Southern Rock and defined an era of ‘70s rock ‘n roll with its freewheeling, yet musically masterful sound, The Allman Brothers Band.

The band’s unique amalgam of rock, blues, country, even jazz flourishes, expanded the boundaries of rock. Their signature, extended onstage jamming set new standards for live concert performance. In addition to his singing and playing, Gregg wrote many of their most memorable signature hits, including the classics “Whipping Post” and “Dreams” from their self-titled debut album, “Midnight Rider” and “Please Call Home” from their second LP, Idlewild South and “Melissa” from 1972’s Eat A Peach.

Obviously, there’s a major difference for Allman between his solo endeavors and the Allman Brothers Band efforts.

“There’s only one cook in the kitchen,” he said, “only one chef. I let the soloists do their thing – you’ve gotta let a man do a solo the way he wants – but as far as picking the tunes and working on the arrangements, I take full responsibility for it.”

Gregg Allman is a survivor, having weathered many of life’s storms – as well as the occasional and inevitable pitfalls and detours of a full-tilt rock ’n roll lifestyle – continuing to grow both personally and musically.

“…like the blues legends that initially influenced him, Allman keeps plugging away. And, judging from the rousing 90-minute concert he delivers on this double CD/DVD package, has arguably improved with age,” raved American Songwriter.

Read more from Telluride Inside and Out’s interview with Gregg Allman, by Susan Viebrock.

Q: Please share something of your backstory with us. What was life like for two young Georgia boys after their father’s untimely, awful death?

“I never knew my father; I have no memory of him whatsoever. It was always just the three of us − my mother, my brother, and me. My mother did everything she could for us; she went back to school to become a CPA, which was pretty rare in them days. She worked so hard for us, and looking back on it now, I realize she sacrificed all she possibly could for my brother and me.”

Q: You got your first guitar in 1958 at Sears and Roebuck for $21.95 and your first electric guitar in, what year, 1960? What then? How did your early career unfold from there? What events led up to the Allman Joys? Who were your early mentors and teachers?

“I got ‘the fever’ the day I bought that guitar, and then my brother got it even worse than I did! He would just play and play for hours, and we would listen to WLAC out of Nashville, soaking up all this great R&B and blues music. Our first real band was called the Escorts, and we would play all these R&B cover songs, with a few Beatles tunes thrown in here and there. We played every club there was in Daytona Beach, and by 1965, we’d become a pretty decent band and we started calling ourselves the Allman Joys. My brother was driven to succeed, man; he had a plan for us, so we hit the road for the first time on July 5, 1965. That was fifty years ago, and I’ve been at it ever since.”

Q: The Allman Brothers were about to make it big when Duane died. How did you manage to get past that loss and go on? Despite numerous personal tragedies you have kept on keeping on? Did the well of inner strength run deeper than you imagined or was it something else, perhaps the need to continue to make music so it was not all in vain?

“My brother worked so hard to make his vision for the Brothers come true, and he passed right when we hit it big; At Fillmore East went Gold four days before he died, man. We were all devastated, just floored, by Duane’s death, but I knew he would have wanted us to go on. As tough as it was, we held a band meeting, and I told the other guys that we were going back down to Miami to finish Eat a Peach. Music has always been my life’s blood, and there have been times I’ve had nothing else to keep me going through the rough times.”

Q: Four decades as the Allman Brothers, now going it on your own, with 10 recordings under your belt and having survived six marriages and liver transplant, what are you proudest of having accomplished?

“I’m proudest of the fact that no matter what, I always gave it everything I had. I may not have been at my best, but I gave it the best I had. Now I’m feeling great, and I’m so happy to be alive. It’s a blessing, man.”

Q: Was there one incident that turned the tide?

“Absolutely; it was the Rock and Roll Hall of Fame induction for the Brothers. January, 1995; 20 years ago, man. It should have been one of the true highlights of my life, but I was so drunk and out of it that I barely made it through the night. At that point, I hit rock bottom; I knew I had to stop drinking or I was going to die. I got clean, and I’ve been sober ever since, man.”

Q: Do you think of yourself as a singer who plays organ or an organist who sings?

“Well, I am a lead singer, so there you go, bro! That being said, I take great pride in my Hammond playing. I look at what I do on the B-3 as being similar to John Lennon’s guitar playing with the Beatles; subtle but important, just like gravy on the meat.”

Q: Any advice for young musicians?

“Stick to your guns, stand up for what you believe in, and don’t ever let anybody tell you what to play. Never compromise yourself or your music; my brother taught me that in the very beginning, and I’ve never forgotten it.”

Telluride Magazine is proud to partner with Telluride Inside and Out for digital content that provides an in-depth look at the culture and events in Telluride.