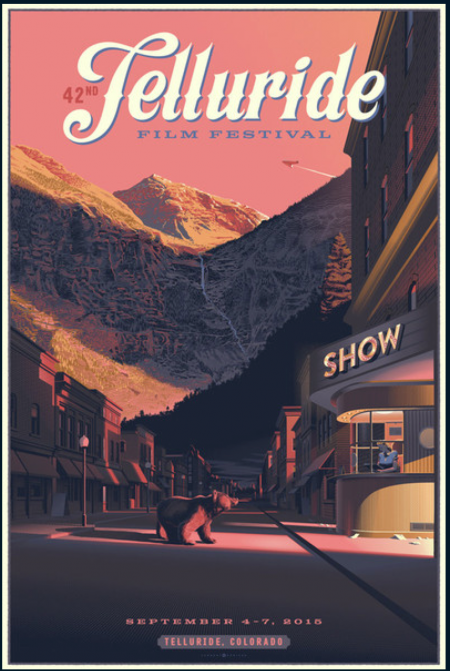 People who are devoted to the art of cinema love Telluride Film Festival for one reason: the lineup. If it is one of the best films made this year—not just a box office success, but an Oscar-worthy, critically acclaimed film—it’s probably showing in Telluride over Labor Day Weekend. And if you haven’t heard of a film that’s playing in Telluride before the festival, you can be sure you’ll hear about it afterward.
This year the highlights from the lineup include Steve Jobs, Beasts of No Nation, Black Mass, Spotlight, and Suffragette. Danny Boyle (Slumdog Millionaire) directed Steve Jobs, which stars Michael Fassbender as the Apple co-founder. Beasts of No Nation, an “almost unbearably intense” film about an African warlord, is directed by Cary Fukanaga and stars Idris Elba, who will be here in Telluride. Black Mass is a story about the legendary Boston mob gangster Whitey Bulger, played by Johnny Depp, and is directed by Scott Cooper. Spotlight is directed by Tom McCarthy; the story about Boston Globe reporters who break the story about sex abuse in the Catholic church has a star-studded cast that includes Mark Ruffalo and Michael Keaton (and Keaton will be here for the festival). Suffragette, about the feminist struggle for the right to vote, stars Meryl Streep, who is also expected to attend. Suffragette is directed by Sarah Gavron.

That’s just a quick taste, and you can read the whole festival schedule, including honorees, special guests, and tributes here.
As always, free films screen at night at the open air Abel Gance Theater in Elks Park. Bring a raincoat!