Searching for signs of life in America’s news deserts

Ed. note: The following essay appeared in the Summer 2020 issue of Telluride Magazine.

In the time between my writing this and you reading it, many small town newspapers will perish. Many were already on life support due, in part, to the demise of a business model that relied heavily on local advertising. Then the pandemic shut down whatever remaining advertisers they might have had. That means that just as one of the most influential stories in the lifetime of most readers came along, there was no trustworthy voice for delivering vital facts and information at the local level.

According to research by the University of North Carolina, the U.S. has lost more than 2,000 papers since 2004. More than 500 of those were in rural communities. Because of the isolation of these towns, there is nothing else to fill the void. At least, nothing helpful or true.

Welcome to the news deserts of America.

What does a news desert look like? A lot of hot air, generated by rumors on social media, and no oasis of factual reporting to quench our thirst for truth. It’s also the absence of local stories that have served as the glue for many communities. And that glue comes down to the details of everyday life that they cannot get anywhere else.

Almost ten years ago, I wrote a book about small town newspapers. Emus Loose in Egnar: Big Stories from Small Towns was a tribute to those courageous editors and reporters who, week after week, and for very little pay, put in the hard work of covering what I call the Holy Trinity of local news: school sports, obituaries, and police blotters. More importantly, they serve as watchdogs for local government, despite the “too close for comfort” pressure of reporting on neighbors. As one editor told me, “If we found a political official misusing taxpayer funds, we wouldn’t hesitate to nail him to a stump.”

Since I wrote those words, hundreds of these vital, singular sources of local news have shut down. With no hometown paper to print obituaries, lives go unheralded. The art of euphemism dies a little, too. “He loved his horses, playing the slots, and corresponding with Publisher’s Clearing House” is a kinder spin than “He had a serious gambling problem.” Only in a hometown paper.

With no police blotter, the art of dishing dirt in the dispassionate language of law enforcement disappears: “An Edgewood man called to report that his wife had gone missing 18 months ago” says so very much in so few words. A rural haiku.

With no school sports documented, complete with photos of, say, your kid scoring the winning touchdown, what’s the point of all those refrigerator magnets? What happens to the sense of community pride?

But most important of all, who will keep an eye on how taxpayer dollars are spent? Who will sit through school board and town council meetings on your behalf? Nobody, that’s who. It could be a very good era for crooked politicians.

The coronavirus has underscored the vital role of local papers. The Malheur Enterprise, an award-winning weekly in Eastern Oregon, has been using its website to keep residents up to date on the latest pandemic developments, including shooting down false rumors. Here is one example, published around the same time the county marked its first COVID-19 death: “Local police agencies have been fielding hundreds of calls concerning rumors circulated on social media that the border between Idaho and Oregon has been closed and that workers must carry authorization letters to move around as a result of Oregon’s order that people generally are to stay home. Local officials told the Enterprise that these rumors are completely unfounded and are causing panic among citizens, and lost time for law enforcement.”

The dangers to our democracy, to factual discourse and an informed citizenry, are very real. Consider the case of my friend Laurie Ezzell, the editor of The Canadian Record, an award-winning weekly paper in the Texas Panhandle. Laurie succeeded her father in the job, and has enjoyed the trust of the community over many years of fair, in-depth reporting. But when I spoke to her just before the pandemic swept the nation, she said she did not know how long she could hold on. She’s been forced to reduce her staff and she hasn’t had a day off in a year. Why? Because the paper is a business, dependent on other businesses for advertising. The oil and gas industries have been hard hit in her county, and local stores are closing. Subscriptions cannot make up for that loss.

Her incentive to keep going, despite these setbacks, came in the form of a story that had become a hotbed of conspiracy theories on social media. The official investigation into the death of a local teenager was going nowhere, so the boy’s mother began speculating online that perhaps the sheriff had been responsible. Ezzell had no real evidence to dispel these poisonous rumors until someone leaked a recording of a closed-door meeting between investigators and the boy’s family and supporters. Ezzell chose to publish excerpts from that session, because the authorities had evidence that the boy had been contemplating suicide. The result: Ezzell was bombarded with hateful diatribes, including death threats. “But here’s what was amazing,” she told me. “The community showed up—literally, people coming to the office—to thank us for shedding light on a controversial case in the form of facts they could trust. And I realized that I could not walk away from this.”

The courage of editors like Ezzell and Zaitz to keep going under financial and personal duress is all that is standing between an informed citizenry and a news desert. At a time when the United States is so sharply divided along urban and rural lines, when we no longer operate from a shared set of facts, a news desert becomes, ironically, fertile ground for propaganda. A recent Senate Intelligence Committee report found that Russian operatives had created 54 fake local news sites. Domestically produced fake outlets are also growing, with names like Battle Creek Times, Detroit City Wire, and Lansing Sun. They look like the real thing, designed to fool the reader into thinking the stories are factual.

There are some hopeful signs out there. Right here in Colorado, hundreds of people—journalists, professors, businesses and foundations—have teamed up to create the Colorado Media Project. (Full disclosure: I am on the CMP Advisory Board.) The idea is to bolster local journalism by joining forces. Some seventy-five journalists will one day share the state’s largest newsroom on the third floor of Rocky Mountain PBS’s new headquarters in Denver. CMP has conducted a study of news consumers in Colorado and their willingness to pay for news, and created a ten-year business plan for the The Colorado Sun, an online newspaper.

Small town newspapers are not antiquated bits of Americana. They are the connective tissue of truth in a country that has been stretched to the breaking point. As one editor told me, “Our paper says, essentially, we are here.” When they are no longer here, we all lose. 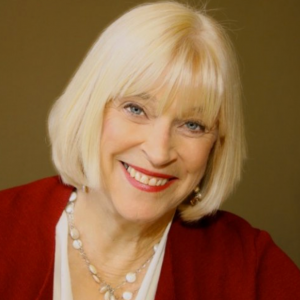 Judy Muller is professor emerita of journalism at USC’s Annenberg School. She has been a correspondent for ABC News, CBS News and PBS, as well as a commentator for NPR. She has been awarded several Emmys for her reporting, as well as the Peabody and Columbia DuPont awards. Muller is the author of two books, Now This: Radio, Television—and the Real World, and Emus Loose in Egnar: Big Stories from Small Towns. Muller resides in Norwood, Colorado and is a frequent contributor to Telluride Magazine.

2 thoughts on “Thirsty for Local News”